When we remember the birth control movement, we must commemorate the extraordinary women who willingly risked so much for the advancement of such a controversial movement. For these activists, giving all women new access and opportunities to contraceptives meant more than their own potential individual  advancements. Dr. Hannah Mayer Stone embodied this type of dedication. Chosen by Margaret Sanger in 1925 to be the head physician of the Clinical Research Bureau, Dr. Hannah Stone would prove to be dedicated not just to the cause, but also to the over 100,000 patients she saw during her time at the clinic.

While she defied the norm with her passionate involvement with the movement, Dr. Hannah Stone surpassed traditional 20th century women’s roles all her life. Born in New York City in 1893 as the daughter of a pharmacist, she went on to receive a degree in pharmacy from Brooklyn College in 1912. Following this, she attended New York Medical school, receiving her MD in 1920. In 1921, she attended the first American Birth Control Conference, where she met Margaret Sanger. Sanger opened the Clinical Research Bureau in 1923, and two years later she needed a new physician.Dr. Stone was already a member of the medical advisory board for the Clinical Research Bureau when Margaret Sanger offered her the position of physician. As she had this prior involvement, her interest in the birth control movement was known. Dr. Hannah Stone would work at the Clinical Research Bureau, which was later renamed Birth Control Clinical Research Bureau in 1928, for 16 years without receiving compensation.

The main purpose behind the establishment of the Clinical Research Bureau was to do more than just administer birth control to patients; it was to also prove the effectiveness of different types of contraceptives through detailed record keeping. Dr. Stone handled both tasks methodically. By the end of her time at the clinic in 1941, she had helped over 100,000 patients and she had maintained a record for each one. But aside from just being thorough, Dr. Stone was compassionate and understanding with her patients. Her demeanor led her become known as the “Madonna of the Clinic.” In her writing, Sanger expressed her adoration of Dr. Stone. She commented on her attributes, listing  “her infinite patience, her attention to details, her understanding of human frailties, her sympathy, her gentleness” as reasons that she was invaluable to the work of the clinic. Dr. Stone understood the value of her work at the clinic, not just in her interactions with patients, but also with her responsibility of compiling data about her patients. During her 16 years of service to the Birth Control Clinical Research Bureau, Dr. Hannah Stone was able to leave a profound impact. Her detailed records helped the movement discover that the most effective method of birth control was the diaphragm used with spermicide. She later published some of her findings in “Therapeutic Contraceptives.” This article was one of the first involving birth control to be published within a medical journal. 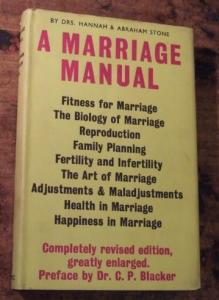 Her passion for helping women extended past the realm of birth control. Dr. Stone and her husband, Dr. Abraham Stone counseled couples with relationship and sexual problems from within the clinic as well. This began casually, but it developed into the more formal Marriage Consultation Center which was ran out of the clinic and a community church. Through this work Dr. Stone again acted as a trailblazer, as these marriage counseling sessions had not been done in this manner before. In 1935, Dr. Stone and her husband were able to publish their counseling techniques in a book entitled A Marriage Manual. 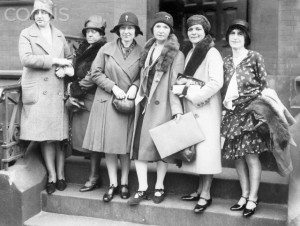 Dr. Stone’s association with birth   control often caused her to put the movement’s progression ahead of her own career, as her work at the clinic cost her many opportunities. She had been working at the Women’s Lying-In Hospital when she first started to work for Margaret Sanger at the Research Bureau Clinic. Her new work at the clinic caused a conflict with her the Women’s Hospital and they asked her to give up her newly acquired position. She refused this request, and as a result she was asked to resign from the Women’s Lying-In Hospital. This would only be the first of many times where her work at the clinic would prove to be a detriment to her career. Later, in 1929, Dr. Stone was arrested with four others when the Research Bureau Clinic was raided. Although the charges that were brought against her were later dismissed, the picture that was taken of her in handcuffs permanently damaged her record. Dr. Stone felt the full impact of this when she applied to admission to the New York Medical Society in 1932, and her application was tabled. She continued to take risks for the movement, including her involvement with the test case US v. One Package, when a package of Japanese pessaries were shipped to her and later seized. This case ended up being monumental, as it was the first step in legalized birth control. Despite her involvement with the birth control movement, and the clinic itself proving to be a detriment to the furthering of her medical career, Dr. Stone’s dedication to the cause never faltered.

Dr. Hannah Stone died suddenly of a heart attack in 1942 at the age of 48. Her loss was deeply felt at the clinic, as she had dedicated so much of her time to assisting the patients. She was replaced by her husband, who carried on her legacy and dedication to the cause. Dr. Stone is remembered for her kindness, and her groundbreaking work. She was well respected for her tremendous knowledge on administering effective contraceptives. Thousands of medical students and doctors alike came to the Research Bureau Clinic to learn her methods. Even though Dr. Stone was recognized for her greatness, Margaret Sanger wrote extensively on her humility. She did not crave attention or recognition, and often others took responsibility for her advancements.

As a doctor, Hannah Stone was a trailblazer. As a woman, she exceeded the expectations society had for her at the time. But it is her selflessness that is most inspiring. Dr. Hannah Stone dedicated nearly her entire career to serving women and the birth control movement, and despite her vast achievements she never sought recognition for them.

3 thoughts on “In Honor of Women’s History Month, We Remember Hannah Stone”