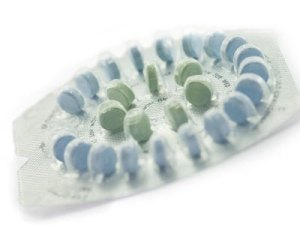 Of the millions of women who take the pill each day, most think about it only during the second or two it takes to swallow it; for the most disciplined among us, taking it requires no thought at all. We pop the it out of simple packages in pastel colors, but where did the pill really come from? The story of the pill is much more complex than the packaging suggests.
The FDA approved the first birth control pill in 1960. Within five years, more than six and a half million women were using it to regulate their families! This new medication completely revolutionized relationships, society, and the workplace by allowing women to postpone having children. The pill seems entirely commonplace today, a benign if essential prop in our social landscape, yet its development was entirely dependent on the intertwining lives of a few key personalities, one of whom was Margaret Sanger.

For years, Sanger had been searching for an affordable and discreet method of family planning. The common methods of douching and pulling out were unreliable and distasteful to many; diaphragms were more dependable but were expensive and required multiple visits to the doctor’s office for fittings (see her 1916 pamphlet Family Planning ). At the Margaret Sanger Research Bureau in Manhattan, Sanger investigated various alternatives, such as spermicidal foams and powders, but none were universally effective. Chemicals that worked well in one climate spoiled in another. Other options were prohibitively expensive for most women.

As early as August 1939, Sanger wrote to Clarence Gamble, describing the urgency for a more effective birth control method: “I’ve got herbs from Fiji which are said to be used to prevent Conception.  I’m hoping this may prove to be the ‘magic pill’  I’ve been hoping for since 1912 when women used to say ‘Do tell me the secret’ ‘Can’t I get some of the medicine too?.'” The pressure continued to build and in 1946 Sanger confided to a friend that she was “feeling more and more despondent as I saw and realized more than ever the inadequacy of the diaphragm reaching millions of women who need and should have something as simple as a birth control pill.” 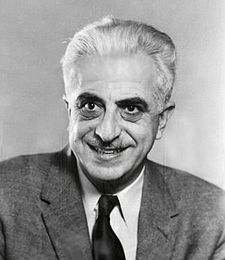 The forecast on gender relations changed at a dinner party in London in early 1951, when Sanger was introduced to biologist Gregory Pincus. Pincus had been studying hormones and fertility since the 1930s, and had determined that estrogen temporarily prohibited ovulation in rabbits in the lab. His work was highly controversial and had cost him a professorship at Harvard in 1937, but he continued working by securing private funds with Hudson Hoagland, founding an independent research laboratory that would become the Worcester Foundation for Experimental Biology. Sanger was fascinated by the potential of Pincus’s research, over dinner asking the question that had burned in her for years: “Do you think it would be possible  to develop an efficient contraceptive that would be easy to take, for example, a cheap pill?” Pincus was also greatly impressed with Sanger, who spelled out for him the important implications his research had for ameliorating poverty.

Sanger immediately set out securing funding for Pincus’s research. She introduced him to the wealthy philanthropist Katharine Dexter McCormick in 1953, who at the time was 76 years old. An avid supporter of the birth control movement, McCormick recognized the revolutionary potential of Pincus’s work and became a major benefactor, personally donating virtually all of the two million dollars (twelve million in today’s dollars!) required for research and field trials of Pincus’s experiments with progesterone. This direct sponsorship allowed Pincus and his colleagues to pursue research at a fast clip. In 1953, the first human trials began with medical students in Puerto Rico, which unlike many U.S. States had no laws on the books banning contraception.

On May 9, 1960, they announced that the FDA had approved in the first birth control pill, called Enovid. Margaret Sanger, who was 80 years old and in failing health at the time, didn’t hear about the FDA’s decision until the next day, after her children had read about it in the morning papers. Upon learning that her life long search for an discrete, affordable and easy birth control method had finally come to fruition, Sanger reportedly sighed, saying “It’s about time.” She called for a toast, but her children had to go into work. In true pioneer fashion, Sanger went ahead and celebrated, alone.

13 thoughts on “Margaret Sanger and the Pill”